Stoke is no longer the Brexit capital of the UK!

A very rewarding day in Stoke-on-Trent/Hanley today. Although Stoke is known as Brexit Central because of its high percentage of 'Leave' voters in the Brexit referendum, we generally had a positive response and some good discussions, even with Brexiteers. Best comment of the day goes to the Brexit Ultra who said the EU was "satanism" - we struggled to find a coherent response! 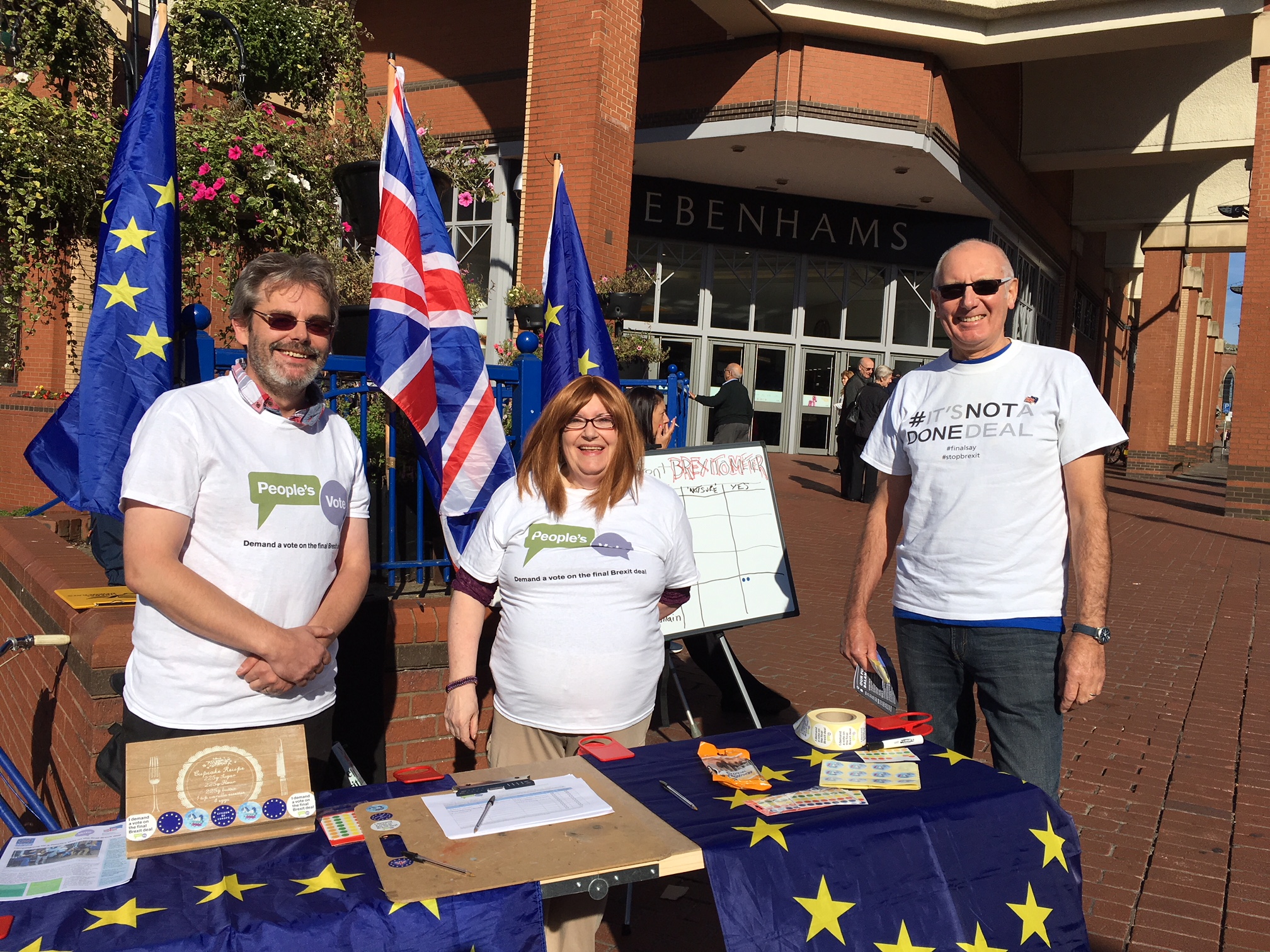 We collected another 77 signatures for the People's Vote petition and the Brexitometer result was amazing. There were many Remain supporters in town today - the tide it turning, even in Brexit Central!

We'll publish a fuller account of our day in Stoke shortly, including an analysis of our Brexitometer results.