Posher than her uncle Jacob Rees-Mogg?

Theodora Clarke is standing as Conservative candidate for Stafford in the General Election on 12 December 2019.

She is hoping to replace Jermey Lefroy who is standing down as MP for Stafford having held the post since 2010, and she will be defending a majority of just 7,729.

Ms Clarke, who grew up in Gloucestershire, contested both the 2015 and 2017 elections for the Tories in Bristol East, losing to Labour on both occasions. UKIP deliberately stood down in East Bristol in the 2017 general election to give Theodora a “free run”, according to a UKIP spokesperson quoted in the Bristol Post.

She pledged to focus on "what voters care about in Stafford", such as more funding for schools and the NHS, and more police on the streets. She says her priorities, if elected, would be:

But her only known connection to Stafford is that she is currently dating the Earl of Harrowby's step-son, Henry Coram James, whose family owns Sandon Hall, a 19th century house set in 400 acres of land near Stafford. So how can she know “what voters care about in Stafford”?

If she has no direct connection to Stafford there must be something in her background that gives her an insight into the day-to-day problems of Stafford residents?

Well, perhaps not! Theodora Clarke is the daughter of Sir Charles Mansfield Tobias Clarke, 6th Baronet, an aristocratic family with historic connections to rural Gloucestershire. Her uncle by marriage is Jacob Rees-Mogg.

Theo Clarke says she “...first decided to get involved in campaigning after the election expenses scandal (2009) because I believed it was about time we had people with real world experience in Parliament”.

Real world experience? She was an art historian and entrepreneur specialising in Russian art, and doing well out of the influx of rich Russians to London. Asked in 2014 why sales of Russian art was so popular Theodora replied that “A huge number of wealthy Russians have homes in London and reside in the UK”. In the run up to the 2015 election she stated she set up her business in Bristol, however Companies House shows her business was registered in Kensington, London.

• She is the niece by marriage of Jacob Rees-Mogg as her mother Teresa Loraine Aphrodite de Chair is the half-sister of the Tory MP's wife, Helena
• Ms Clarke is the daughter of Sir Charles Mansfield Tobias Clarke, was the 6th Baronet of Dunham Lodge
• She is a descendant of one of America's most revered presidents, Theodore Roosevelt
• She is currently dating the Earl of Harrowby's step-son, Henry Coram James, whose family owns Sandon Hall, a 19th century house set in 400 acres of land

In 2015 and 2017 when Theodora fought two general election campaigns for the Conservative's in Bristol East, she used Jacob Rees-Mogg's country house in nearby Somerset as her base. In the 2017 election, standing for Bristol East, she was caught out telling voters she lives “near Stockwood” when she actually lived in one of “Uncle” Jacob Rees Mogg’s cottages in North East Somerset. And she was registered to vote in London.

Theodora has been involved in politics supporting the Tories since 2009 so let’s see how her 6 election priorities stack up with 10 years of Tory government. Under her own 6 priority headings we will summarise what her manifsto message is versus what the Tory track record shows.

Theodora Clarke: "Stafford voted to leave. We must deliver on the result of the referendum. That's why I'm backing our Prime Minister to leave the EU with his deal. After three years, it's time we delivered Brexit."

According to the government's own figures, all of us in the West Midlands will be 13% worse off after Brexit.

'Get Brexit Done' is a myth – even if we legally leave the EU in January 2020 we will be in a transition period where nothing changes and we are faced with years of fraught and contentious trade negotiations. The idea that we have to leave the EU in order to unleash the potential of this great country is ridiculous. We have grown to be the 5th largest economy in the world while being members of the EU so what exactly is holding us back?

"NHS: The Conservatives have pledged record additional funding for the NHS. I will continue to make the case to the Government of the importance of our County Hospital and how A&E services are critical local infrastructure.

After 10 years of Tory government our NHS is on its knees:

47% of NHS Trusts are in defecit and there is a record high of 43,000 nurse vacancies in the NHS.

Nearly a third of England’s 340 community hospitals have seen beds closed in the past 10 years, according to recent research by the University of Birmingham.

According to The Health Foundation:

You cannot trust the Tory's to protect our NHS - just look at what they have done in 10 years. Imagine what they can do in another 5 with US corporations allowed increasing access.

Theodora Clarke:
"HS2: Local residents have expressed concerns about the impact of HS2. I welcome the recent news that the Government is currently reviewing the project. I have visited affected villages for the proposed route, from Hopton to the Haywards, and met with the Department of Transport. If selected I will seek to meet with the new Secretary of State to raise your concerns in person and plan to write to the Chairs of the new Review.
Western Access Road: The planned road will provide an essential link between the north and west of Stafford. This is a positive step essential for the successful development of additional land for use as homes and businesses. I pledge to work with our County Councillors to ensure that this project is delivered with minimal detrimental impact on Stafford's residents such as unnecessary road closures.
Superfast broadband: The government have announced plans for super-fast broadband to be rolled out across the UK. Ensuring that Stafford gets its fair share of this investment is vital and I will campaign to secure it."

Public expenditure as a share of GDP droppped every year since 2010/11 while total gross government debt increased by £643 bn from £1.2 trillion to £1.8 trillion.

Buses are in 'crisis' as 3,000 routes reduced or scrapped. Young people in particular were penalised when the under-18 bus pass was scrapped in 2018.

The quality of our rail services has also suffered. As of December 2018 more trains were cancelled or ran significantly late on Britain’s railways than in any other summer in the past 20 years.

But while passengers have suffered with appalling service and huge fare increases, the privatised rail firms have done very well under the Tories - they paid over £1 billion to shareholders in last 6 years.

After 10 years under a Tory government we remain positioned behind two thirds of other EU countries for broadband services. The UK ranks 34 out of 207 countries worldwide.

Theodora Clake: "As someone who grew up in a small rural village, I'm committed to our farms and rural businesses which are at the heart of sustainable rural communities. I will work with our farmers to ensure environmental protections and support for farming is maintained as we leave the EU."

The loss of EU subsidy after Brexit: EU 'could wipe out farms'.

A report published last month by the National Audit Office (NAO) said 42% of UK farmers would have made a loss between 2014 and 2017 without direct payments from the EU.

In plans set out by the environment secretary Michael Gove, the UK government said it would guarantee current funding levels for farmers up until 2022. After 2022 there are no guarantees that this funding will be maintained. 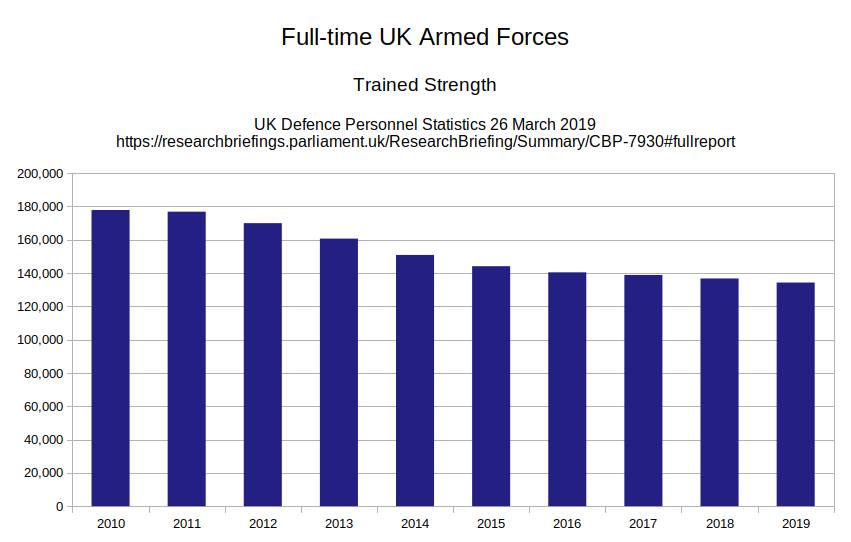 Theodora Clarke: "This constituency is privileged to have MOD Stafford in its boundaries. Ensuring that UK retains its investment in our Armed Forces is not just about the defence of the country but also about Britain playing its part as a force for good in the world."

Under the Tories the size of the British army has been steadily falling. Britain's armed forces are now at their smallest since the Napoleonic wars.

Cuts to the defence budget in recent years have left the British Army half as capable as it once was, a former Chief of the General Staff, General Lord Richard Dannatt, has said.

Theodora Clarke: "Stafford needs more high skilled jobs, especially in the engineering, health and digital sectors. Key to this is working in partnership with Stafford's businesses and social enterprises as they seek capital and support to grow. I previously organised a jobs fair, worked as a recruiter and set up my own small business - I will always continue to support those seeking work."

Our schools are on the brink of collapse following an 8% cut in spending per pupil since 2010.

Apprenticeships provide alternative opportunities for young people to enter the work force but there has been a cut of 130 apprenticeship starts in Stafford in 2017/18 (690 starts) compared to 2010/11 (820 starts) under the Tories.

If you want to 'Get Brexit Done' then vote to stop Brexit, otherwise Brexit will go on for the next 7 to 10 years at least.

Stopping Brexit means we can IMMEDIATELY get back to addressing the real issues, like those above: the NHS, social services, policing, and climate change. No need for a transition period, no need to negotiate new trade deals with 70+ countries, no need for continuing, unnecessary damage to our economy.

If you want to stop Brexit then vote tactically. You can find all the information you need to make an informed decision here - just enter your postcode. Remember it just needs a 7.4% swing to save Stafford from a Tory disaster.

Your vote really can make a difference!