“...there will be no downside to Brexit at all, and considerable upsides”, David Davis

On this page we list the ‘considerable upsides’ and also the downsides, as we embark on Brexit after the end of the transition period – with the best possible access that we’ve been able to negotiate with the EU.

At the moment there are plenty of downsides, though the upsides are more elusive. We recognise the upsides may not become apparent just yet, but as they do we will add them to balance things up.

If you know of any specific upsides or downsides, please email editor@yorkshirebylines.co.uk with a link to a confirming story from a reputable source. 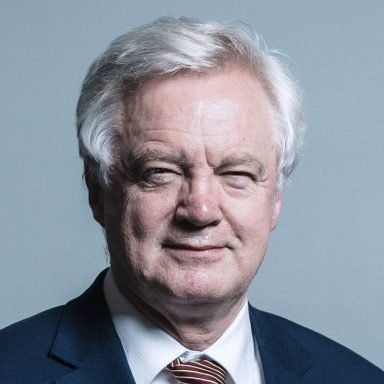 Advanced warning on goods: From July next year, the UK will start receiving advance data on all goods coming from the EU into Great Britain, something which has not previously been possible under EU rules.

Fishing: Britain’s fishermen will increase their allowable catch from British waters over the next five years, although the precise amount is disputed and some in the industry claim the new trade deal represents a betrayal.

Amazon: It is no longer possible to access Amazon UK from the EU depriving UK sellers of a 440 million customer base in Europe. UK merchants will be unable to fulfill EU orders using Amazon’s logistics networks.

Business travellers: now face fines of up to €20,000 if they fail to obtain special permits for visits to conferences or exhibitions in the EU after Brexit, as there is no Brexit deal for the service industry.

Chemicals industry: is now required to operate a separate registration system for the near 5,000 substances made by UK companies, details of which are currently held in the EU REACH database, at an ‘immediate cost’ of about £1bn.

Erasmus: the British government has decided not to participate in the student exchange scheme know as Erasmus, for financial reasons. It will create its own cheaper alternative.

EU family members of British citizens no longer have the automatic right to join them to live in the UK and now have to comply with entry criteria including income requirements.

Exporting meat products: exporters of food products of animal origin to the EU are now required to pay for an export health certificate for each consignment costing around £200. This also applies to ‘exports’ to Northern Ireland

Fishing 1: the shellfish industry now faces a bureaucratic mountain, with a wave of form-filling, certification and tariffs to deal with. Traders who sell live crabs and lobsters into the EU now expect delays caused by bottlenecks and new rules.

Food 1: the EU-UK food chain will be “slower, more complex and more expensive for months if not years” according to Shane Brennan, chief executive of the Cold Chain Federation.

Food 2: There is no equivalence agreement on sanitary and phytosanitary (SPS) measures to reduce or eliminate checks on agricultural goods, like the EU offered to New Zealand and Japan.

Football: UK football clubs can no longer sign under-18s and are restricted to only three overseas signings under the age of 21, and only six foreign players per season.

Freedom of movement ends: British people have lost the automatic right to live and work across 26 nations of the EU (excluding Ireland).

Manufacturing: After 1 January 2022, manufacturers will need to meet two different standards and will have to label products UKCA for the home market, and CE for those exported to the EU, adding costs to certification, manufacturing and stocking.

Meat exports: Government guidance on Brexit, updated on 28 December, states that UK producers of “chilled meat preparations”, are “prohibited” from exporting their goods to Europe as of 1 January. This includes chilled raw sausages, chilled mince, ungraded eggs, and some unpasteurised milk,

Medical insurance: UK holidaymakers travelling in the EU now need medical insurance cover. Failure to take out the necessary insurance could result in hospital bills of £2,000 for food poisoning or £14,000 for a heart attack.

Mutual Recognition: There is no mutual recognition of conformity assessments. British authorities are unable to certify goods made in the UK meet EU standards adding costs to domestic manufacturers and suppliers.

Netflix: Because the UK is no longer part of the Digital Single Market, cross-border portability of online content ceased to apply from 1 January. UK users travelling to the EU will be unable to access the UK streaming library.

Passport queues: Britons are no longer allowed to use fast lanes at European airports and Eurostar terminals.

Pets: to visit the EU, dogs now need to be microchipped and vaccinated against rabies, with a health certificate issued by a vet 10 days before the visit. They must go though a designated TPE (travellers point of entry).

Road hauliers: UK operators are now able to conduct one cabotage trip in the EU, while EU trucks will have the possibility to do two cabotage trips in the UK after a loaded inbound movement, according to the Road Haulage Association.

Rules of Origin: To avoid tariffs, British exporters to the EU will need to comply with complex rules of origin to provide evidence of sufficient local content to qualify for tariff exemption

Second home owners: UK citizens with second homes in the EU are now only allowed to spend 90 days there, in any 180 day period.

Seed potatoes: The EU has banned the import of seed potatoes, in a move which will be a “disastrous Brexit outcome for Scottish farmers”, First Minister Nicola Sturgeon claims.

Just a reminder that if you know of any specific upsides or downsides, please email editor@yorkshirebylines.co.uk with a link to a confirming story from a reputable source.