EM UK looking at some of the moments that left Brexiteers red-faced...

The elves at European Movement have been reflecting on their favourite Brexit Bloopers of 2022.

There's been plenty of serious news this year, but today we're looking at some of the moments that left Brexiteers red-faced...

There’s been a lot to choose from and so, without further ado, here’s our rundown of some of the lowlights from another year in Brexit.

In November, GB News ran a Brexit poll in response to rumours that the government was entertaining a Swiss-style, post-Brexit deal with the EU.

The poll asked, ‘If given the chance again, would you vote FOR or AGAINST Brexit?’ and the presenters were clearly expecting their audience to come out in support of Brexit. So they were left scrambling for words when the results were 55% against – a sign that public opinion truly is shifting.

Enjoy the presenters fluffing their lines and claiming that Remainers wake up later here.

2. Negotiator of post-Brexit trade deal with Australia says it not a very good deal

A week after Brexiteer businessman Lord Wolfson told the world how this wasn’t the Brexit he wanted, former Environment Secretary George Eustice told us all that “the UK’s flagship post-Brexit trade deal with Australia”, an agreement he helped to secure, “is not actually a very good deal for the UK” (BBC News).

Just one more example of even pro-Brexit politicians being unable to defend the fallout from leaving the EU.

3. In case you missed it: The Festival of Brexit took place, and it was a shambles

The ill-conceived Festival of Brexit cost the taxpayer £120m, fell drastically short of its attendance targets (even the best estimates show just 2.8 million visitors out of a hoped-for 66 million), and was investigated by the National Audit Office for being an “irresponsible use of public money.”

It was even rebranded as ‘Unboxed: Creativity in the UK’, to try and distance it from the toxic ‘Brexit’ brand, but that still didn’t help. Whilst an added irony is that Brexit itself nearly ruined the event.

At Labour Conference in September, our very own Pablo O’Hana was invited onto BBC Politics Live to talk about the shifting mood on Brexit (see here), where he had the pleasure of calling-out GB News’ Tom Harwood on his fanciful Brexit figures (and see here). 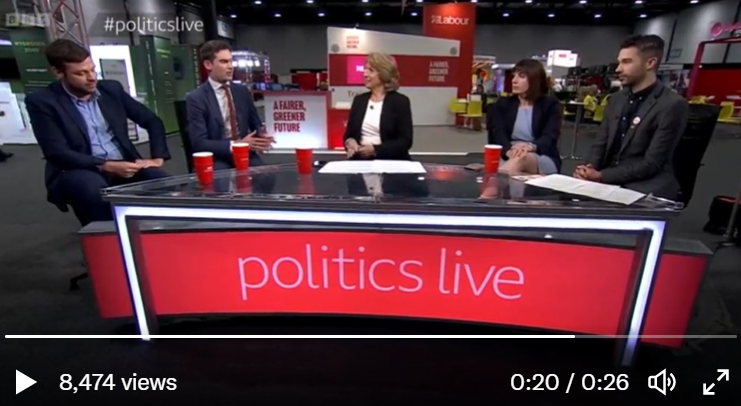 5. The role of Minister for Brexit Opportunities has been vacant since September 6th

A bittersweet blooper to close on, this fanciful new ministerial role was created by Boris Johnson in February 2020, and handed to Jacob Rees-Mogg in February 2022. But after Rees-Mogg resigned – having delivered no discernible Brexit opportunities as far as anyone can see - the role of Minister for Brexit Opportunities remains vacant. Oh, the irony... 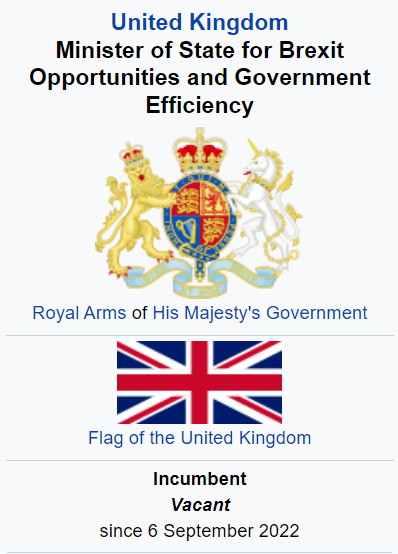 Brexit has always been a farcical project – based on lies, bluster and broken promises.

But the movement to reverse the Brexit disaster is growing. Together, we can put an end to this vanity project, to labour shortages, to rising costs, to wasted money and ‘not very good’ deals.

Feel there’s something we’ve missed? Let us know your favourite Brexit blooper of 2022 by responding to this! Otherwise...

P.S. Go on, start the new year right. Join 16,500 others by joining European Movement UK: the only organisation with the courage to expose and reverse Brexit.